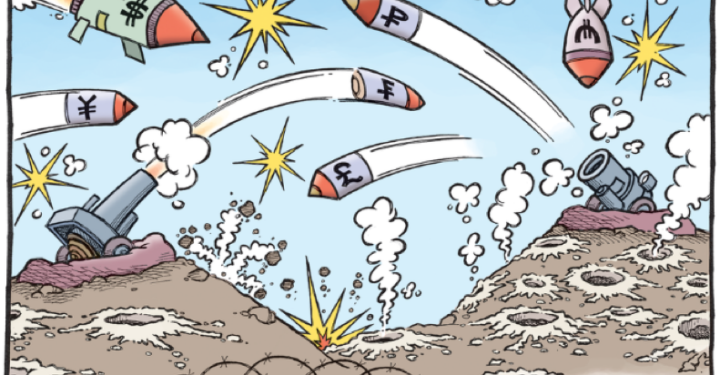 Every country’s central bank is always working to ensure the economy of the country they represent is healthy. This means, among other things, taking appropriate measures to ensure their currency is strong so that they can maintain a competitive advantage in the Forex market. However, sometimes the opposite is done when the central bank devalues their currency, making it weaker. This process of a central bank devaluing its own currency is what is referred to as a currency war.

Normally, the strength of a country’s currency should be determined by various factors including:

Nevertheless, all these factors are relative, because they have to be compared against other nations. For example, interest rates in the US are low right now, 0.75%, but the US dollar is still strong because, compared to other countries like Japan (0.00%), Europe (0.00%) Switzerland (-0.75%), that rate of interest is still high. All other factors, too, are relative and are only measured in comparison to other countries’ state.

Why would a country engage in a currency war? 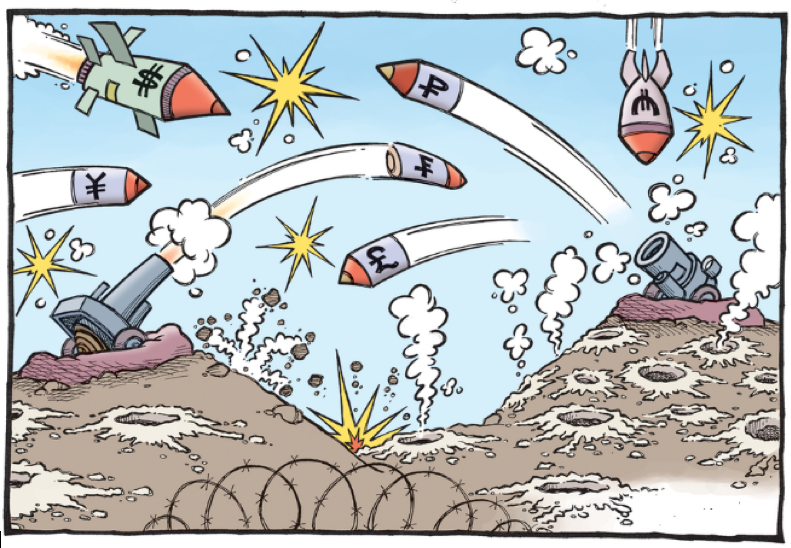 A country can choose to do so if they want to boost their exports in international markets. Imagine if several countries are exporting the same products, say, automobiles, yet they have different exchange rates. Naturally, the importer would choose the exporter with the weakest currency so that they could use as little money as possible to buy the same product. You can observe this in China’s currency devaluation in order to boost their exports against other automobile exporters like Germany since the yuan is weaker than the euro.

Besides gaining a competitive advantage in the international markets, a country can also start a currency war to boost local economy. When the export sector is booming, more companies come up to produce goods for export, and this creates employment and boosts GDP.

Currency wars are not terrible on their own, but they go against the concept of fair competition. The idea is to encourage every government to achieve high standards of government so that they can outperform other countries. Currency wars are thereby seen as one country’s selfish need to get ahead of its competitors by using a shortcut.

What makes a currency war?

A currency war is an active process of intentionally lowering your currency’s value, it is not a one-time move since currency strength is always changing depending on the factors mentioned above. Thus, to keep a currency war going, a country must constantly monitor the following measures to ensure the value of their currency is where they want it to be:

This is the most effective way to start a currency war because it hits several birds with one stone.

Lowering interest rates is a very effective tool in currency wars and it is the most widely used measure.

Normally, the government tries to make it harder to get money, but they can just as easily make it easier. To increase money supply, governments often engage in open market operations by buying bonds, both government and private, often from banks. This also has a ripple effect:

These measures are also called quantitative easing, and governments engage in them all the time, but only for short-term bonds to temporarily stimulate the economy. When done in the long-term, this can be seen as a form of currency manipulation sparking a currency war. A good example of this policy in action can be observed with the European Central Bank (ECB) buying 60 billion euro worth of bonds every month since March 2015. European bond yields fell drastically and the value of the euro also did.

The government can also increase money supply by directly increasing workers’ pay. Increases in minimum wage and raises for civil servants places more money in their hands, letting them free to spend more and raise inflation.

Investing on other countries

This is a very smart move where a country buys assets and businesses in another country, building that country’s economy faster than their own. China have engaged in this move for the past few years where they are seen investing in several countries around the world. If you want to invest in another country, you have to sell your currency for the other. For example, China would sell the yuan and buy, say, the US dollar, in order to buy American companies and assets. Buying a currency increases its demand while reducing the demand of the yuan, eventually devaluing the yuan against the dollar.

Now that you know how they are started, what happens to a country’s economy during a currency war? Is it a viable economic strategy? It can be, but only if it serves a purpose. As we have already seen, there are several good reasons why a country may want to engage in a currency war, but by so doing they also risk the economy in several ways:

If a currency war was started in order to encourage exports in an export-led economy, it would boost that sector of the economy. The result would be the enrichment of exporters, who will be able to export more of their products. These exporters will then turn to their economy and flood it with money, creating inflation and sometimes even hyperinflation. 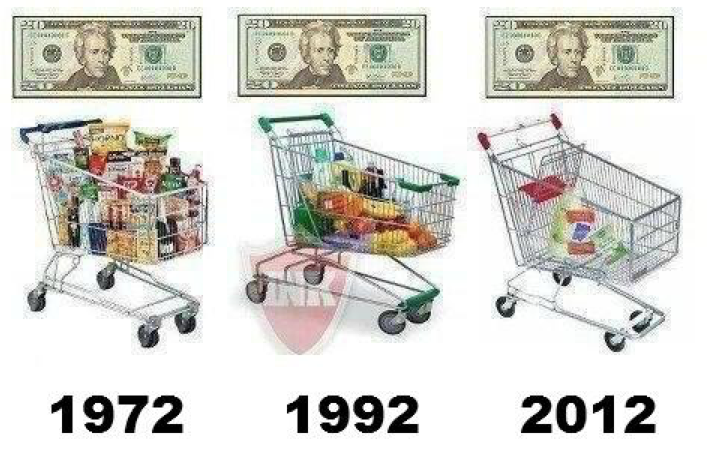 Besides this, other government interventions to increase money supply can also cause inflation. Let’s look at Venezuela – the country was suffering from the effects of the oil slump, and the economy was stalling. To counter, their government increased money supply by printing money and buying assets. Right now, the inflation rate is above 700% and they are even planning to scrap the 100 bolivar bill because everyone is carrying wads of cash.

While this may not have been caused by a currency war, you can see how governments’ intervention can lead to inflation. Currency wars place a country’s economy at this risk whenever they implement the measures outlined above.

The flipside of being able to export at a lower rate is that imports become very expensive with your weakened currency. Unless a country is self-sufficient, which none of them are, it costs a lot more to import, thereby increasing the country’s trade deficit. This forces the government to take more debt, which further exacerbates the problem because repayment of the debt becomes more expensive.

Currency wars don’t always benefit the entire country, because only a select few gain the spoils of the war. In the case of an export-led economy like China, you can see the wealth gap growing as a result of their currency war. The exporters are enjoying the benefits while increasing inflation which makes it harder for others to afford goods. China has the second highest number of millionaires after the US, yet there are so many Chinese living on under $1.25 a day. Unless the government takes further measures to distribute wealth, currency wars are bound to favour only a few.

Since every country will always try to improve their own economy, currency wars eventually spin out of control as countries attempt to outdo one another. This was seen in the 1930s after The Great Depression when several currencies were in a currency war that only made matters worse. To end the instability, the main countries involved, Britain, France and the US, had to come to an agreement to stabilize their economies.

Despite attempts to keep currency at a certain level, a parallel market often arises. In Nigeria, due to the depreciating naira, Nigeria’s government fixed the exchange rate at 197-199 per dollar. Instead, there arose a parallel market where the US dollar was being exchanged at around 350 naira. 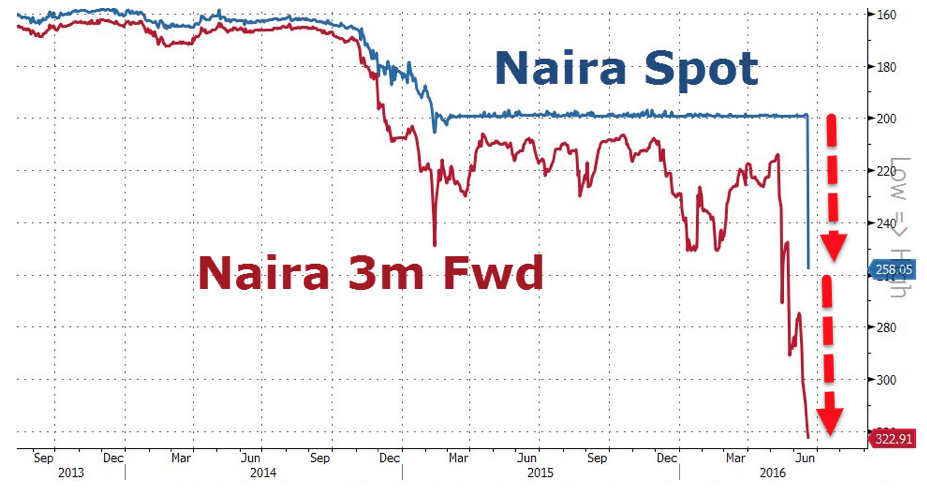 This caused soaring inflation in the currency until the Nigerian government had to resume the naira to a floating rate. As a rule, black markets are exploitive, and they end up causing more chaos than if the currency was left floating.

Currency wars have been implemented by various governments over the decades either to boost exports or the local economy. However, not all currency wars have been significant, and it takes a country with a huge economy for the effects of the war to be felt globally. Some of the major currency wars include those taken by Switzerland, China and some might even say the Eurozone.

On September 2011, the Swiss National Bank (SNB) pegged the Swiss franc at a rate of 1.2 against the euro. This was because the value of the franc was soaring due to economic uncertainties in the Eurozone that made Switzerland a safe haven. Without the peg, the franc’s value would have gone much higher making it harder for exporters to trade. The SNB later de-pegged their currency in January 2015 causing the value of the franc to soar temporarily. 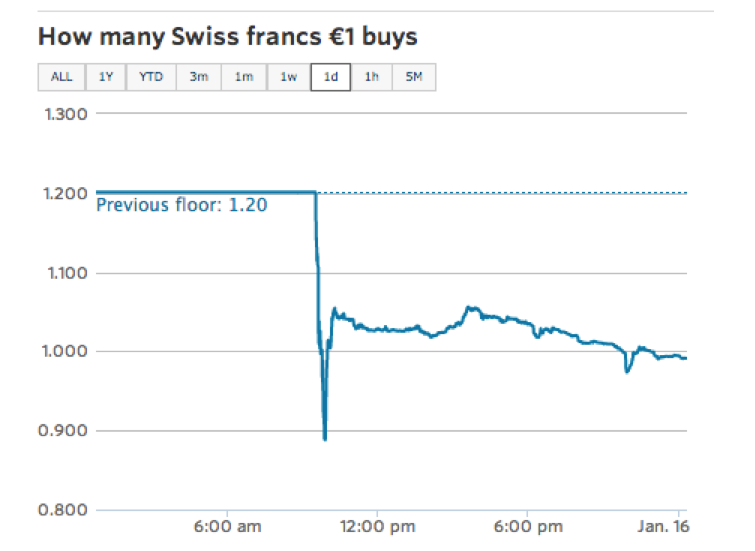 The ECB has also taken measures to keep the value of the euro down such as the bond-buying program and the reduction of interest rates. The ECB defends its decision by saying that the measures are strictly meant to boost the region’s economy and not to gain any competitive advantage. This is partly true because several European countries have faced economic turmoil and required bailouts from the ECB such as Spain.

As for China, they had been devaluing their currency for years through buying foreign assets worth $300 billion annually from 2003 to 2014. In 2016, the Chinese government started to reverse this action by selling assets worth $570 billion to stop the yuan from weakening further. This is the opposite of what Donald Trump has been saying about China, claiming that China should be declared a currency manipulator, but it doesn’t fit the criteria which the US Treasury Department requires before doing so.

Currently, President Donald Trump has been pointing fingers at other countries like Germany and Japan for engaging in currency wars. He claims that these countries are actively keeping the value of their currencies low so that their exports are readily accepted. Already, these countries’ leaders have actively denied the accusations, but the claims have already sent shock waves through the markets. Accusing another country of currency manipulation is a serious claim because it discourages other countries from trading with that country and may even lead to sanctions.