In the Forex Trading, having the right mental attitude, can make the difference between winning a trade or losing a trade. For this reason, is “vital” to have and develop a “ Forex Trading Mentality ”. If you have ever wondered about how the most successful traders, were (And still are) able to manage their money and their Trading Activity in a so successful way, well, now you have the answer: their mentality towards the Trading.

Let’s analyze closer this “ Forex Trading Mentality ”. We can divide it into three different parts:

Someone once said that the emotions and feelings, are the things that make us (Humans) different from animals. That’s surely true. But you can trust us, that without them, traders would have an easier (And less stressful) life.

Unfortunately, emotions and feelings, are “Our worst” enemies when we do Trading. In fact they can change our way of thinking and due to them, we can take wrong decisions; decisions that if we had reasoned in a rational way, we would have not made. During a session of Trading, if we follow our emotions, we risk to suffer big losses.

For example, if you have just lost a trade and therefore some money, how would you feel? Angry. Frustrated, Stressed. Probably all of them. These emotions, will change your way of thinking. If you lose something, the first thing that you would probably think is: I want it back! In our context, so in the Forex Trading, if you lose a trade and you “listen” to your feelings you will probably act as follow. 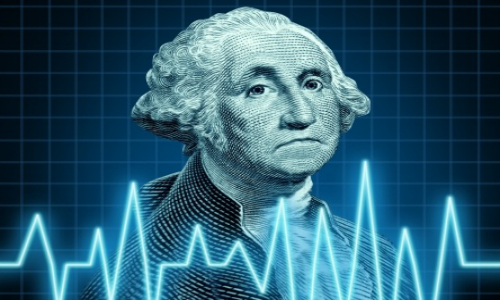 You will take more risks than before, to be able to earn more money: in this way not only you will “recover” the money that you had lost before, but probably you will also earn something more. At least, this is what you thought before. Is that right? No. What would be the result? Usually a disaster, because you will lose this other trade too. Thus, your losses would be bigger than before. But why? Because you hadn’t planned the trade in a rational way and probably you hadn’t followed your Trading’s rules or your Money Management System. Because your only thought was to “recover” your loss, as fast as you could.

Same thing in case that you have opened a position (After that you had studied the market) but your prediction was wrong. For example, let’s say that you have opened a long position on the EUR/USD because you thought that there would be a rise this week. Unfortunately your prediction was wrong, and the price starts falling and then reaches your Stop Loss Level (The level a which, you have decided to sell your position to limit your losses) .

What would do a Trader that follows his/her emotions in this case? Simply, the Trader wouldn’t close his/her position, although the Stop Loss Level was reached by the prices. Probably the trader would think “Come, on! How it is possible? I had planned everything and I Had studied so well the market the last week. And now, this! Soon or later, the prices will change the direction. I just have to wait a week… or two”. Wrong decision. The more time will pass, the bigger the loss will be. That’s because the Trader doesn’t want to accept a loss, due to his/her emotions: the Trader doesn’t want to admit that he/she took the wrong decision, that he/she did a mistake. Therefore the loss will be bigger than the initial loss, the one that the Trader decided to not take because he/she wanted to wait “a bit more” to see if the situation would have changed.

Sadly, there are Traders that hold a position of this kind even for weeks or months. Just because they hope that soon or later the prices will move in the “right direction”. But in the vast majority of case, this never happens (Unless you have the money of a bank, you wouldn’t be able to change the direction of the prices of an asset!). But why do they act in this way? Because they are too afraid to accept a loss (Even a small one!).

We can say the same thing about a winning trade: don’t be too much excited for a profitable trade. In fact, if for example a Trader has just won some trades (One after another one), there is the risk that he/she would think “Wow! That’s my lucky week!”. And there is the risk that, following his/her positive feelings, the Trader would think that is “infallible” or something like a “Cash Machine”. Therefore the Trader would probably open more positions or invest more money than the fixed amount that he/she had decided in his/her Money Management Plan: because the Trader has a positive feeling about these other trades and in his/her imagination, they would be profitable as much as the previous trades (Or even more). 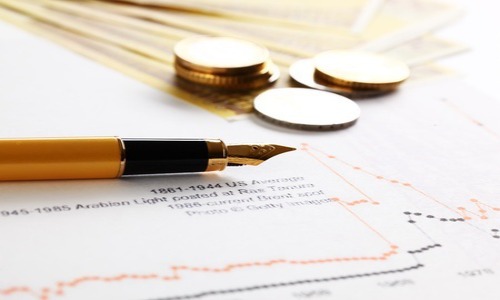 What is the result? As before. Probably the Trader will lose all the profits that he had earned with the previous trades (Or in the worst cases more), because the Trader has underestimated the risk of these new trades and he/she hasn’t followed the rules of his/her Money Management or Trading Plan. Lastly, you should also fix a “Take Profit” Level as well as a “Stop Loss” level: the “Take Profit” level is a certain level at which, you will close your position and take your profits.

Our last advice is this one: after that you have closed a position, forget about the performance. It doesn’t matter if it was a profitable trade or if it was a big loss: every trade, is a new trade.

As you can see, emotions and feelings, can lead us to take wrong decisions: therefore a Trader should be able to “turn off” his/her emotional side during his/her Trading Activity. Always act in a rational way and always follow your Money Management Plan and your Trading Plan. If you will do it, you can trust us: you would have less regrets than you probably think.