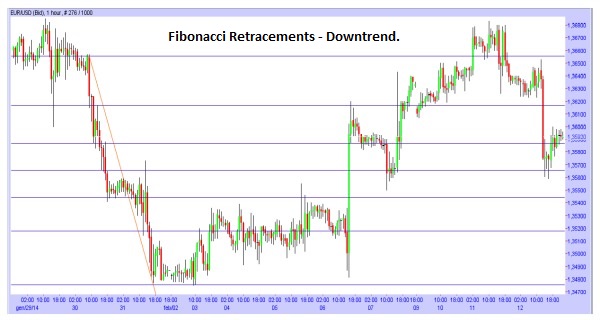 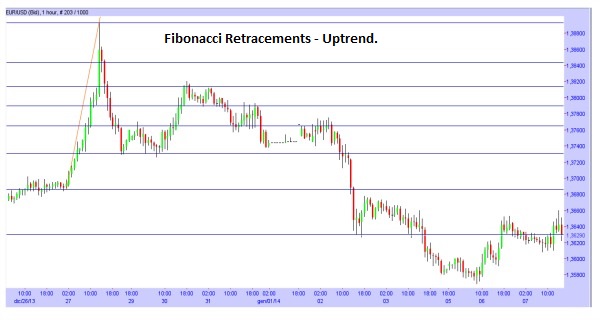 – They are the most used: to calculate them, you have to choose a Rise or a Decline in the Prices, then you have to find the High and Low of the Trend (That are the Beginning and ending or Ending and beginning of the Trend).

– These levels are used to identify the end of a correction, Trend or the beginning of a possible reversal; they are used as if they were Supports and Resistances.

– The levels of Fibonacci that coincide whit real Supports and Resistances, are more reliable.

– The levels of Fibonacci should be used with other Indicators or Patterns (From the Technical Analysis or the Candlestick Patterns). 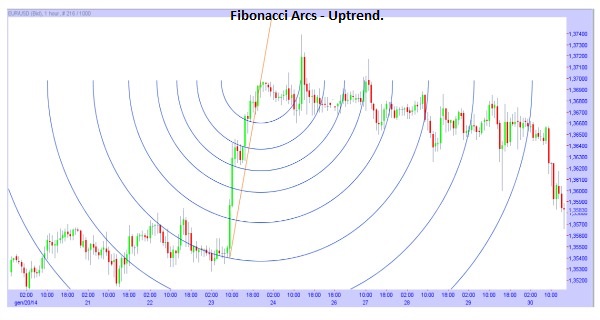 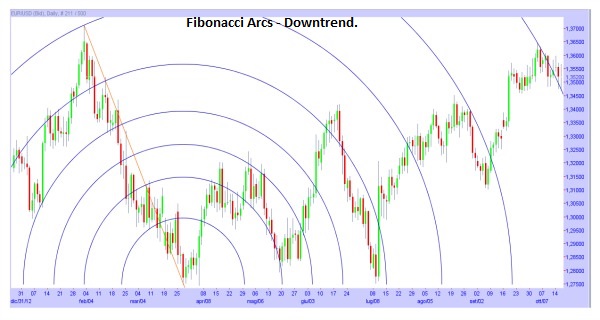 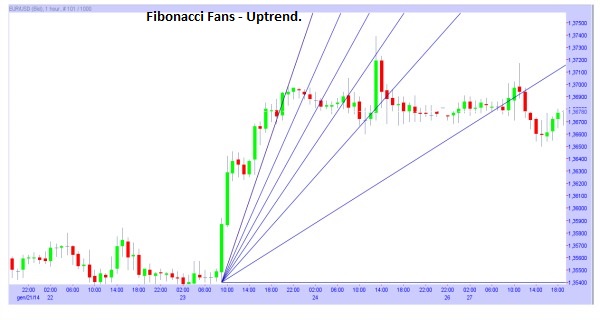 – They use the “Ratios” of Fibonacci, that are based on Time and Prices, to plot the Supports and Resistances; the Fibonacci Fans are used also to measure the speed of a movement of the Trend (Uptrend or Downtrend). 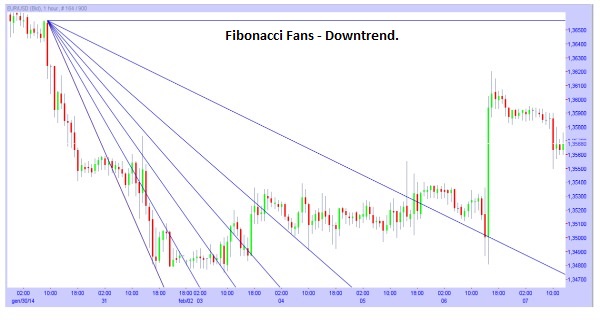 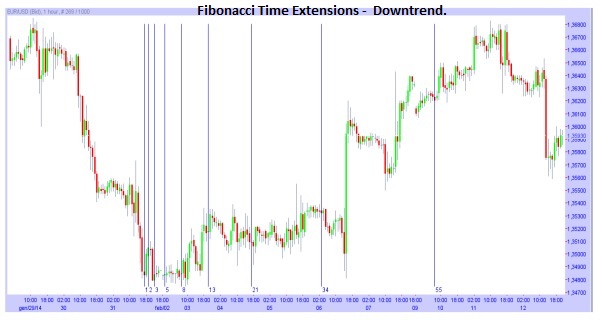 – They are vertical lines based on the sequence of Fibonacci and they are used to identify a possible reversal in the Trend. It’s used as the First Point for the Fibonacci Time Extensions an High or Low that is very important and meaningful.

– Normally the first five areas are not considered; so you should watch the following ares, to identify possible points of Reversal. 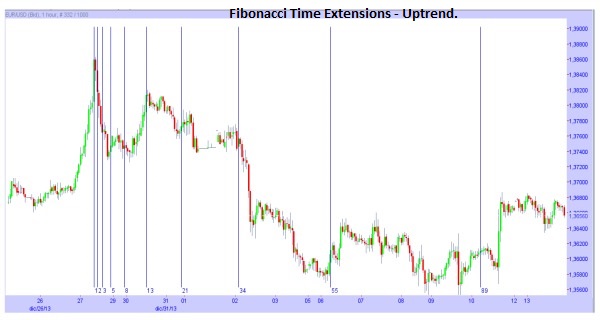 Conclusion on the Fibonacci Tools

– You should use other Indicators and Patterns (From the Technical Analysis or the Candlestick Patterns) to obtain a confirmation of the signals from the Fibonacci Tools.