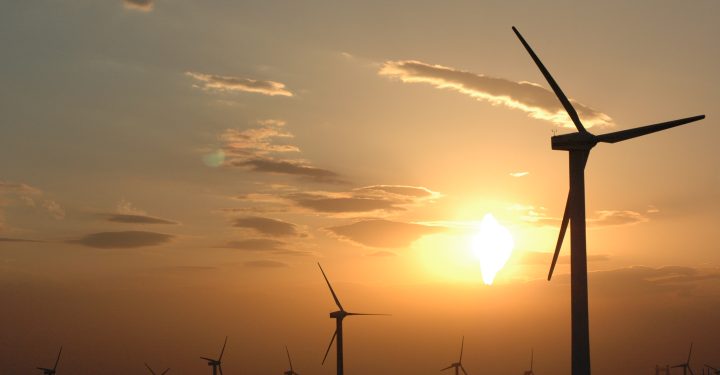 When the ripple effects of the pandemic’s first wave settled at the end of 2020, world oil consumption had dropped by 2.1% and production had fallen by 3.1%. Weakened demand led to a slowdown in investment in oil drilling, so that global oil production remained low even when economic activity started to normalize. On top of this, the winter of 2020/2021 was colder than normal, wiping out fuel storages. By the time September 2021 arrived and winter was around the corner again, natural gas prices had not been higher since the middle of 2014. Within the financial markets, traders were expecting demand to come back strongly from pandemic lows and for supplies to struggle to meet the winter demand. Then the tension between Russia and Ukraine set in and tightened the crunch on natural gas even more.

Near the end of January 2022, a UK spokesman said it was “highly likely” Russia would send its troops into the Ukraine. The United States said it would impose sanctions on Russia in the event of an invasion, and, in fact, that sanctions could come into force even before any further action on Russia’s part, due to Russia’s aggressive attempts to destabilize the Ukrainian government and to mount cyberattacks on the country. Secretary-general of NATO Jens Stollenberg was concerned, saying, “We need to work and focus on diversification of supplies”, as more than a third of Europe’s natural gas normally comes from Russia, and the continent’s energy crisis still persisted. As winter rages on in Europe, other sources of gas and energy, such as wind energy, were drastically needed, causing the focus to shift to extracting natural gas and oil at sea. For those interested in commodities trading with iFOREX as CFDs, let’s look at the natural gas shortage at the start of 2022 and see what else may lie in store.

The Story of Gas

Russia’s state-owned gas company Gazprom cut off supplies to the Ukraine for a day in 2006, (although by 2015 the Ukraine stopped its Russian gas purchases). Again in 2008 and 2009, Russian gas flows to Europe were disrupted, causing similar challenges to the ones in early 2022. In October 2021, the gas shortage pressured the USA to take necessary action. Extracting natural gas and oil at sea was the remedy they conceived, and, for six consecutive weeks, the US set up new oil and gas rigs. Meanwhile in China, power was running so short that factories had to be shut down and the economy grew at the slowest rate in a year.

Finding alternative sources of gas is a task the US took on this year, asking Qatar if they could help compensate for lost supplies if sanctions were enforced. Still, “It would be difficult for Europe to stomach sanctions which effectively cut off Russian oil supply”, said ING. Norway is the second largest gas supplier on the continent but said they would be unable to replace lost Russian supplies, considering their other commitments. In terms of nuclear power, Britain, France and Germany had insufficient reserves due to their efforts to phase out nuclear power. Coal-powered plants have closed down in several European countries because of clean air goals. One potential solution was Liquefied Natural Gas (LNG), which the US exported to the northwest of Europe in the winter of 2021/2022. This could “Prevent the most severe physical shortages before the end of this winter”, suggested Bruegel, however a full plan has yet to take effect.

In Spain, 2021 was the year when wind energy grew by a respectable 10%, overtaking the share of nuclear energy in the nation’s power production. But wind speeds in central and northern Europe were disappointing, so this kind of growth in wind energy was not universal. Overall, the European Union derived 14.3% of its power from wind energy last year. In addition, wind turbine makers like Siemens Gamesa had to deal with another problem. “We are battling with raw material price increases”, announced CEO Andreas Nauen. He also found himself struggling with a “Big disruption in our supply chain,” which he expects to remain a continued challenge in 2022.

Extracting natural gas and oil at sea may be a useful solution to energy shortages, but some people have raised the concern that gas may not be compatible with global environmental objectives. Balancing environmental concerns with the pressing need for power will not be a straightforward task for policymakers this year. In the meantime, those engaged in commodities trading with iFOREX as CFDs will have an interesting few months ahead as volatility may well hit both ends of the energy spectrum, affecting the price of natural gas as well as companies involved in the production of wind energy, such as Siemens Gamesa. Keep up to date with political, environmental and economic news in the coming weeks to make more informed trading decisions.