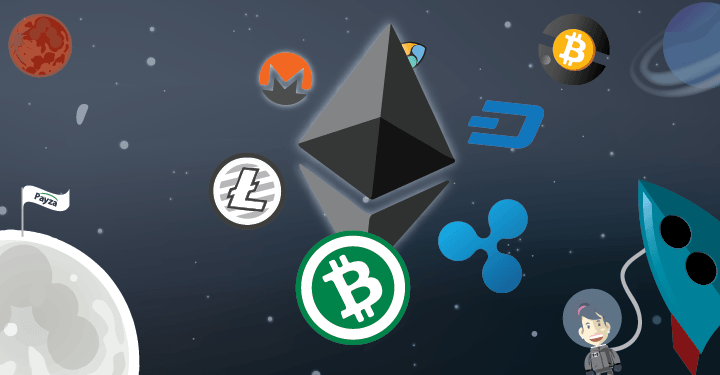 The advent of Bitcoin in 2009 as the first cryptocurrency has gone a long way in giving it an edge amongst other coins. It was the only cryptocurrency until Ethereum hit the market in July 2015, making it a good competitor to Bitcoin. The early part of 2017 saw a 90% fall of Bitcoin to 40%, alternative coins started gaining prominence, so basically any coin other than Bitcoin is called an Altcoin.  Most Altcoins are branch off with Bitcoin with little stale changes.

The best beneficiaries of Altcoins are the early stage investors, but taking this investment step requires the ability to foresee strong signals about a particular asset of interest and how it will fare better in the long run. In this guide, Cryptorocket has highlighted some of the best Altcoins to invest in which can be found below:

DeepOnion takes a step further by providing an IP protection for its Android users and also a mobile wallet. With their Deepsend feature, users can make untraceable transactions.

A cross-bridge Interaction between Blockchain platforms is provided by LUXCore which means users on the Bitcoin Blockchain can interact with those on the LUXCore platform. According to Cryptorocket, this has led to the scalability and unification of Blockchain networks. With a market cap of $1.582.142, its digital asset known as LUXCoin is currently at $0.261174.