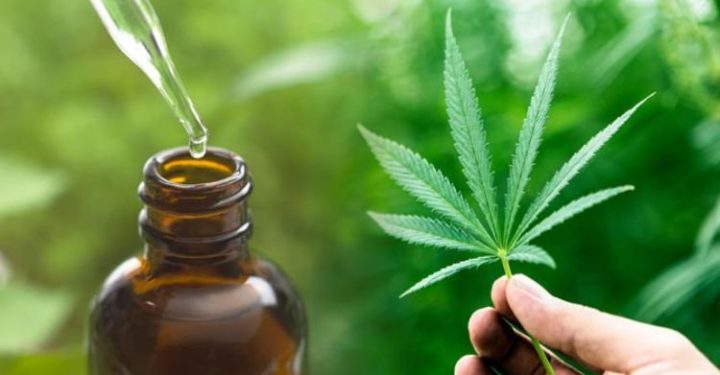 CBD oil is a growing trend in health and medicine, but it remains a highly controversial topic, owing to the fact that it’s an oil taken from hemp, the same plant that brings us marijuana. Legally-sold CBD is derived from a different part of the plant and does not contain the psychoactive properties that “pot” does. In other words, it will not change your mental state.

The difference is marijuana contains high levels of THC, a natural chemical compound with psychoactive properties. CBD oil legally must contain less than 0.3 percent THC, which allows the healing powers to shine.

Because of its association with the mind-altering drug, CBD hemp oil has not always been acknowledged by the medical community. In reality, there are a number of health benefits that everyone should be aware of.

There’s even an FDA-approved CBD drug that is clinically proven to have neuroprotective properties. There’s still a lot of research being conducted on CBD and its health benefits, but here are a few that we’ve learned so far.

Those seeking relief from chronic pain may have success with CBD. In fact, human beings have used cannabis to treat pain since 2900 B.C. This is because our bodies are equipped with an endocannabinoid system that’s designed to regulate functions like immune system and pain sensors. CBD stimulates the endocannabinoids in your body to diminish pain reception.

It’s also a natural anti-inflammatory, which is great for pain caused by diseases like arthritis and multiple sclerosis (MS). One study of 47 individuals suffering from MS revealed that the use of CBD significantly reduced pain in study participants. They had fewer muscle spasms and an easier time walking than those taking a placebo.

According to Daniel Clauw, MD, professor of anesthesiology at the University of Michigan, CBD is a low-risk, highly effective tool for relieving pain.

“I don’t think we have that many good drugs for pain, and we know that CBD has fewer side effects than opioids or even nonsteroidal anti-inflammatory drugs, which can cause bleeding and cardiovascular problems,” he told Health.com. “If I have an elderly patient with arthritis and a little bit of CBD can make their knees feel better, I’d prefer they take that than some other drugs.”

When you consider the fact that 3.3 million people are currently addicted to prescription painkillers, this is benefit is significant.

For those struggling with regular nutrition, CBD is a good supplement for helping you get back on track. It’s been known to restore a hearty appetite to those who have stomach issues or other problems that prevent them from eating regularly.

Unlike other supplements that stimulate your appetite, it actually encourages the consumption of healthier foods rather than junk. You’ll crave foods that will ease nausea and vomiting and will give you proper vitamins and minerals, helping you create a healthier food regime.

Preliminary studies on CBD’s effectiveness indicate that it could have significant benefit in preventative medicine. It reduces the risks of diseases such as diabetes, obesity, heart disease, high cholesterol, hypertension, cancer, brain degeneration, bone disease, skin lesions, and other serious health problems.

It’s role in preventing cardiovascular disease is arguably most impressive. Heart disease is the number one killer in the United States of both men and women. It’s a complication of other diseases like obesity, high cholesterol, hypertension, and even diabetes, all of which CBD has shown positive effects at improving.

In a 2013 study of more than 4,600 participants, those who took cannabis daily had lower blood sugar and pressure, lower bad cholesterol and higher good cholesterol, and a decreased risk of stroke. Since heart disease is so pervasive, anything that can be done to prevent it is highly encouraged.

Mental health and wellness is closely linked with physical. Those in the market for a healthier lifestyle should pay attention to their propensity for mental health disorders like stress, anxiety, and depression, which can have a devastating impact on your overall health and self-care. Incidentally, CBD has shown very positive signs in reducing all of these mental health issues.

These two mental illnesses are typically treated with prescription drugs which come with a host of side effects, not the least of which are insomnia and sexual dysfunction. Many who suffer from chronic mental health issues forego medication as a treatment to avoid the side effects. CBD may be the next best alternative.

Along with reducing the impact of depression and anxiety, CBD has also been associated with slowing neurodegenerative disorders like Alzheimer’s and dementia. The stimulants to the endocannabinoid system and other neurotransmitters have shown positive results in protecting against neurological disorders.

One study performed on mice showed that those genetically predisposed to Alzheimer’s disease experienced a much slower cognitive decline when taking CBD oil. A few preliminary studies on humans have shown similar results.

Other neurodegenerative diseases like epilepsy have shown clear evidence that CBD helps, so much so that the FDA approved the first CBD drug, Epidolex. It’s the first prescription drug made from marijuana and has been clinically proven to help reduce seizures.

In the race to find a cure for cancer, pharmaceutical companies and research hospitals have only been able to produce treatments that help alleviate symptoms. CBD oil is often used in cancer treatments to help patients handle chronic pain, battle depression, and even limit growth.

Cannabis may have anticancer properties that encourage cancer cell death. Several studies have shown that a high concentration of CBD can inhibit the spread of aggressive cancers so that doctors can better treat it. Further research is needed to confirm these preliminary studies, but it’s just another of many CBD benefits that are very promising so far.