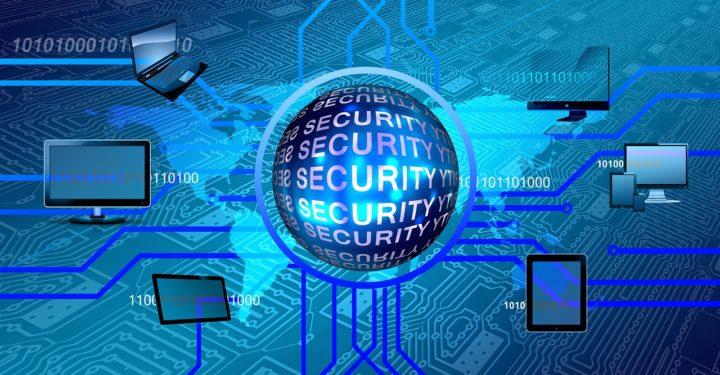 Here’s the problem with your typical, mainstream financial system: it’s filled with a variety of limitations and issues that have slowly turned banking into an absolute nightmare.

Whether they’re willing to admit it or not, banks are simply too easily exposed under strenuous conditions. Consider the state that banks were in when hurricanes rocked the U.S.

These banks became completely inoperative because they to address damaged infrastructure and a lack of accessibility, which led to the average person being forced to resort to alternative methods for conducting transactions.

While it’s worth point out that ‘preparation for natural disasters’ isn’t usually high on people’s priority list when choosing a bank, it speaks to a great point about the banking world in general.

The limitations that exist within these traditional financial systems leave a huge portion of the global population vulnerable.

How does blockchain outpace banks here? Well, there is no real traditional, isolated infrasture when you’re dealing with bitcoin. That’s why during those same hurricanes, a bitcoin trading company was about to intervene in a rescue operation where bank services were not available.

That’s right, cryptocurrency made it possible for rescuers to purchase everything they needed to keep leading the relief effort. We’ve come a long way from explaining to veteran investors what Bitcoin and Ethereum exchange is.

All of this speaks to the interesting nature of blockchain systems. More specifically, how these systems seem to be organically motivated. After all, there’s plenty of appeal to using a digital currency that leverages state-of-the-art encryption techniques to regulate the generation of units and to verify the transfer of your funds.

You could make the argument that this organic momentum started to gain steam when investors got the idea that their digital currency would inherently be protected from fraud. Banks tend to have a series of systems in place to perform damage control in the event of fraud, but the truth about something like your credit card is that it’s always going to be vulnerable.

The problem with credit card fraud is that while it’s a massive issue, there’s not much banks can do to address it because of the way transactions are handled.

Regardless of the size of your transaction, the merchant or vendor you do business with will have complete access to your full credit line. Why? Because credit cards work on something called a “pull” basis. In the interest of keeping it simple, the vendors are responsible for both initiating the payment and pulling the agreed upon amount from your account.

Cryptocurrencies address this issue by using something known as a “push” mechanism. This mechanism lets the holder exchange only what they wish to send to any particular vendor. This method is so effective because you don’t have to provide vendors with any access beyond the information you want them to have.

The appeal of a decentralized currency is pretty alluring as well. With cryptocurrencies operating beyond the reach of any centralized authority, they represent more than just a new financial avenue. At its core, the rise of the cryptocurrency signifies a shift in the way people think about their financial systems.

People around the world are intrigued by cryptocurrency because it seems designed to provide users with a viable and efficient alternative to traditional financial systems.

It’s worth point out that despite the isolated moments of success the blockchain community has had achieving effective transactions, the technology being used is still in its infancy stages. Interestingly enough, one of the biggest challenges that exist for digital currencies is trying to find the right banking relationship.

The goal, after all, is to integrate these cryptocurrencies into our traditional financial systems and watch the financial markets evolve over time. The difficult part is that while looking at the emerging blockchain ecosystem, you end up seeing lots of banks/financial services businesses taking fewer and fewer risks. And we don’t blame them: they have very high overheads and procedures to abide by. All of this makes it pretty difficult for startups to secure banking partnerships.

That being said, we are slowly starting to see banks begrudgingly open up to the idea of crypto-banking businesses and they’ve started providing services. Which is great, especially when you consider how important mainstream adoption is to the success of this system.

The issue of mass adoption and integration runs deeper than that, of course. One of the most important hurdles that this community will have to deal with is the need for regulation. Despite the decentralized nature of cryptocurrency, there’s no getting over the fact that without a clear regulatory framework, many investors won’t touch any cryptocurrency.

The truth is that these businesses are, for lack of a better term, scared to be associated or involved with anything involving the word ‘crypto’. The idea is that as the ecosystem continues to grow, so will the options that will increase consumer adoption.

Do you think that blockchain will ever find a home in the world of traditional financial markets?