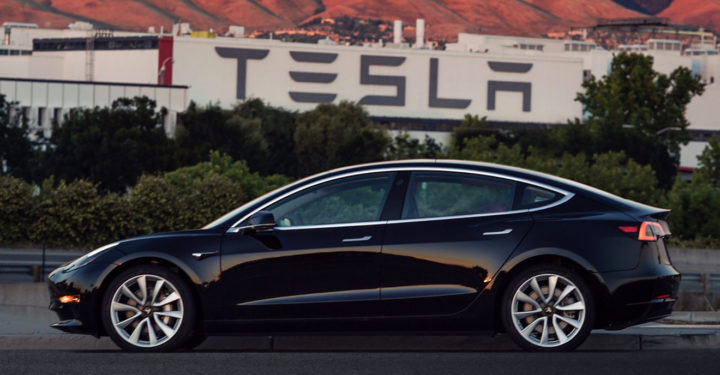 A serious market crash hasn’t happened in years, but significant market corrections have occurred, including the devaluation of the Chinese Yuan in 2015, the UK’s Brexit vote in June 2016, and the U.S. Presidential election in November 2016. Each time, however, the affected indices recovered all their losses quite rapidly.

U.S. markets are currently trading at close to all-time high levels, setting new records on a weekly or even daily basis, leaving many traders to wonder when they are likely to ‘catch their breath’. In bear markets, the weakest and most unstable companies are the ones which get hit the hardest – especially if, like Tesla, they operate in hypercompetitive sectors such as the automotive industry.

At the present time, opening long positions on Tesla might be seen as a risky move, despite the company’s extremely high valuation of around $57 billion, considering the fact that it has yet to generate any profit. In its Q2 earnings release, the company revealed that it had made a loss per share of $1.22. Nevertheless, the company’s shares skyrocketed, with the market relying upon projected adoption levels of Tesla vehicles, despite a lack of firm evidence.

Leading financial news site Barron’s even predicts that the keenly anticipated launch of the new Model 3 will make this electric vehicle (EV) the “iPhone of cars” with millions parked in American garages, and tens of millions worldwide. The EV sector offers many opportunities, but rising interest in this category of vehicles is offset by numerous challenges, including increasingly fierce competition. Tesla doesn’t seem to have any tangible competitive advantage in the marketplace and many major car producers, such as BMW, Volvo, and Tata Motors Limited, already manufacture EVs and plan to increase production in the coming years.

Tesla has relied heavily on raising capital to implement its ambitious plans. If investors reach the conclusion that its promises cannot be kept and that the company isn’t likely to make money, they may decide to stop funding it, and its stock could suddenly fall, leading to widespread selling of TSLA. However, this could still create short-term trading opportunities for investors trading stocks online.

The UFX.com trading platform will help you take advantage of Tesla stock price changes regardless of your preferred scenario – bullish or bearish. As one of the leading brokers in the industry, it will enable you to make better trading decisions thanks to a wide range of trading tools, advanced charts, and technical indicators.